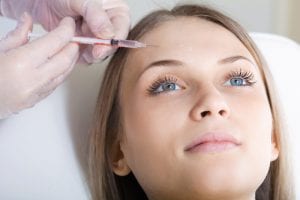 Many patients are keen to improve the appearance of wrinkles and fine lines on the face. Neuromodulators and other wrinkle reducing injections can help to minimise the prominence of these common signs of aging. Our experienced dermatologist, Dr Anne Farrell, answers some frequently asked questions about neuromodulators.

Neuromodulators are purified proteins that temporarily reduce the signal between nerves and muscles. The neuromodulator which has been most extensively studied is botulinum toxin type A. When injected in miniscule quantities it causes the muscle at that site to temporarily relax, thus diminishing the dynamic lines or wrinkles caused when that muscle contracts. Allergan makes a popular brand name of purified protein botulinum toxin type A. It is the original version and the first to be approved for wrinkle reduction by rigorous FDA inspection in the USA, and has been the most extensively studied. There are a few other brands that are derived from botulinum toxin type A. However, at Dermatology Consulting we predominantly use use the original formula as this is the version which has the longest history of use.

Botulinum toxin type A has been used since the 1970s to treat muscle disorders around the eyes. It was found that one of the results of this treatment was that the fine lines and wrinkles around the eyes caused by muscle contraction, such as crow’s feet, were reduced where the botulinum toxin was injected. Extensive research and clinical practice has now established the optimal way in which to use botulinum toxin, and it has rapidly become one of the most commonly used non-surgical treatments to minimise common signs of aging, particularly on the upper face. When injected in the correct quantities to the correct site, individuals treated with this substance should still be able to smile and to frown, but the wrinkles that develop when they do this are considerably reduced. Normal facial expression should not be affected and the result is a more relaxed and less tired-looking appearance.

Neuromodulators are used in over 75 different countries. In 2010, almost 1.5 million procedures using neuromodulators for cosmetic purposes were performed by members of the American Society for Dermatologic Surgery (ASDS), and the number of treatments administered grows each year.

What sites can be treated with neuromodulators?

The sites that are most frequently treated are muscles of the brow used to frown, the muscles around the eyes that cause crow‘s feet, and the muscles of the forehead that cause the horizontal forehead lines. Treatment of the upper face can often give dramatic anti-ageing results. Botulinum toxin can also be used on the lower face to reduce the downward turn of the corners of the mouth that typically occur with age, to reduce chin dimpling, and to reduce excessive wrinkling of the neck and chest area with movement.

Very tiny needles are used, so discomfort should be minimal. The sensation feels like a small pin prick. If necessary, a numbing cream can be applied beforehand. Most people report little to no discomfort following the procedure. Usually there are no visible signs left, although sometimes there is a small pin point mark which settles within a couple of days, and some minor redness or swelling. Occasionally there is mild bruising, which can be easily covered with makeup and usually disappears within a few days.

Is there any special preparation beforehand?

There are no special preparations beforehand, but it is usually advisable to avoid aspirin and non-steroidal anti-inflammatory medication for a few days in advance to reduce the chance of bruising.

Are there any individuals in whom neuromodulators should be avoided?

Although there are no reports of birth defects, botulinum toxin should not be used in pregnancy and it is also our policy not to use it in nursing mothers. Patients with a history of neuromuscular disease (e.g. multiple sclerosis or myasthenia gravis) should avoid neuromodulators.

Do I have to take any special precautions afterwards?

It is recommended that you use the muscles which have been treated for an hour after the botulinum toxin injections. This helps to ‘fix’ or maintain the neuromodulator in the target muscles and is thought to enhance the result. You should avoid touching the treated areas for four to six hours afterwards and it is usually recommended that you remain upright and avoid heavy exercise for four to six hours after the injections. This is to avoid the neuromodulator moving to areas other than the target site. Apart from this, no special precautions are needed.

When does it start to have a noticeable effect?

The effects of botulinum toxin start to be noticed as early as the first few days, but the full effect usually takes two weeks.

How long will it last?

The effect usually lasts between three to four months until the body makes new connections to stimulate the muscle again. These effects can be extended with repeat treatment.

How do I arrange a treatment?

Book a consultation with Dr Farrell to discuss how wrinkle reducing treatments could be used to achieve the results you want. Dr Farrell has been performing botulinum toxin injections for over 16 years. All clients are offered the opportunity to return for a complimentary review at two weeks to assess their result and optimise it. 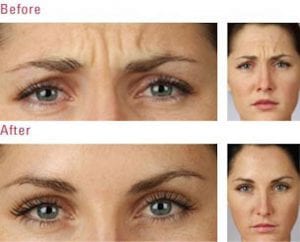 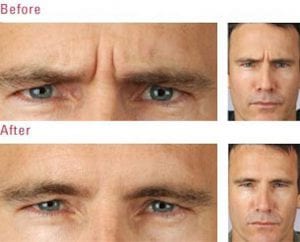